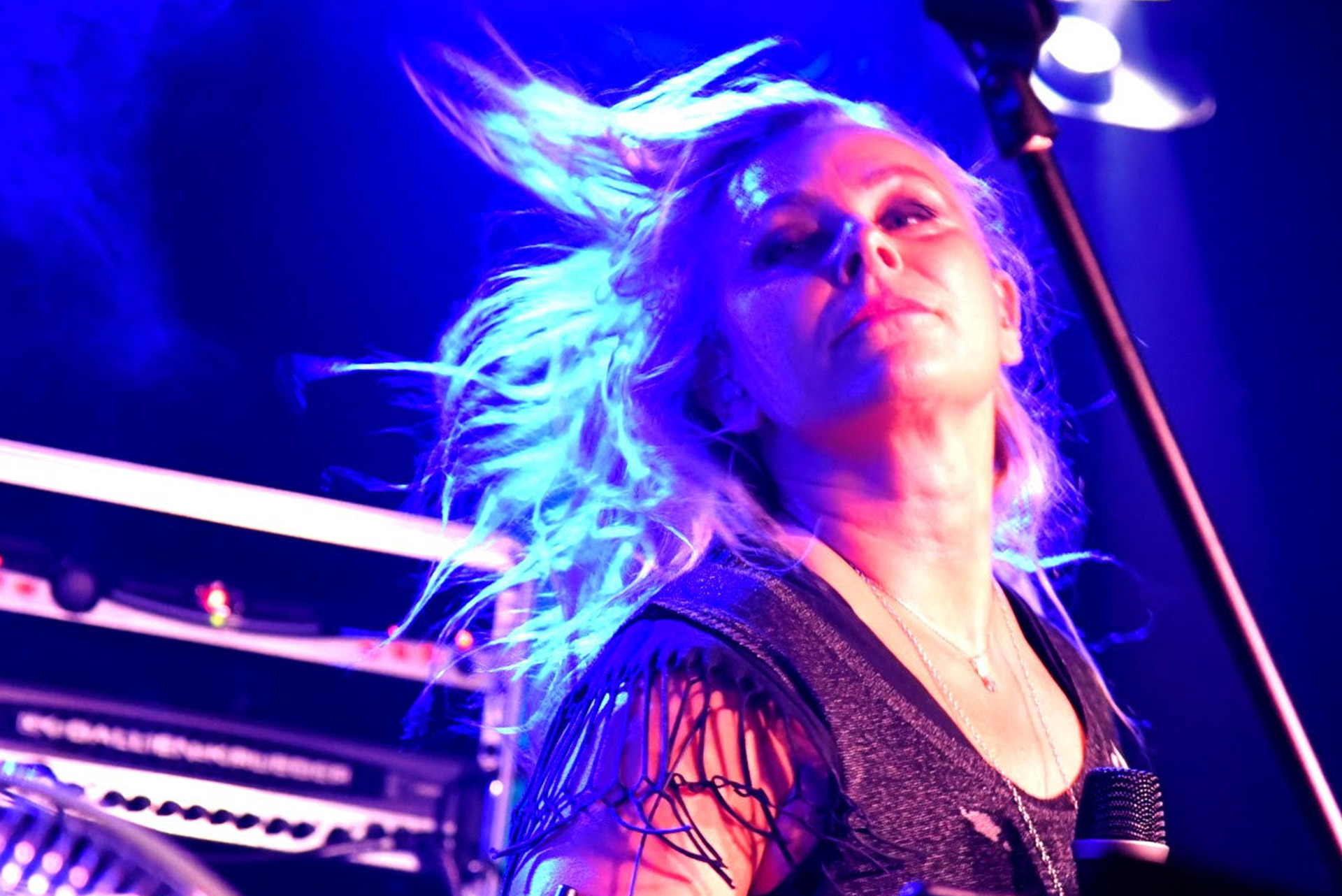 Barbara Duchow is performing under her performance artist name “Lunattack” with lyrics in English, German and French . Since 2014 she has worked a lot together with the guitarist, singer and songwriter Lone Kent (Toulouse) in the music composition of her first songs. 2015 she started to work with the Venezuelan visual artist Arnaldo González to create the Lunattack’s visual art presence. Bit by bit incredible musicians, producers and performers have given their creativity and support to each live performances and wherever she goes she invites guest artists to join her. This dynamic has made Lunattack be enriched by a kind of wonderful creative hybrid.

Lunattack delivers a touching insight into a life story that defies pre-assembled patterns in search of breaking free of an inconvenient lineage. In this powerful electro-pop-rock experience, Duchow unfolds stories of alienation and blindness, displacement and pain, revenge and forgiveness, resurrection from darkness and the surprising brightness of disappointment.

You cannot break away from your own story, but many of us try. Even if that means moving to other continents and embracing foreign cultures – just to touch, to feel, to understand your own roots. This is the essence of this album. The songs also relate the pain of expulsion and deprivation of rights. They tell the story of a uprooting and a subsequent loss of one’s own compass.

Duchow allows helplessness, anger and disappointment to sweep comfortably through her stories while moments of joy and love take on power and depth. The stories of her own family, friends and encounters, establish a counterweight to forced collective narratives, undiscussed political correctness and the ignorance of inherited pain. Understanding allows  ecstasy to enter the heart as it acknowledges and overcomes even the darkest abysm.

Duchow’s exploration is heavily influenced by the invisible and lasting weight passed on to german grandchildren of the Second World War as she begins to understand her own generation. 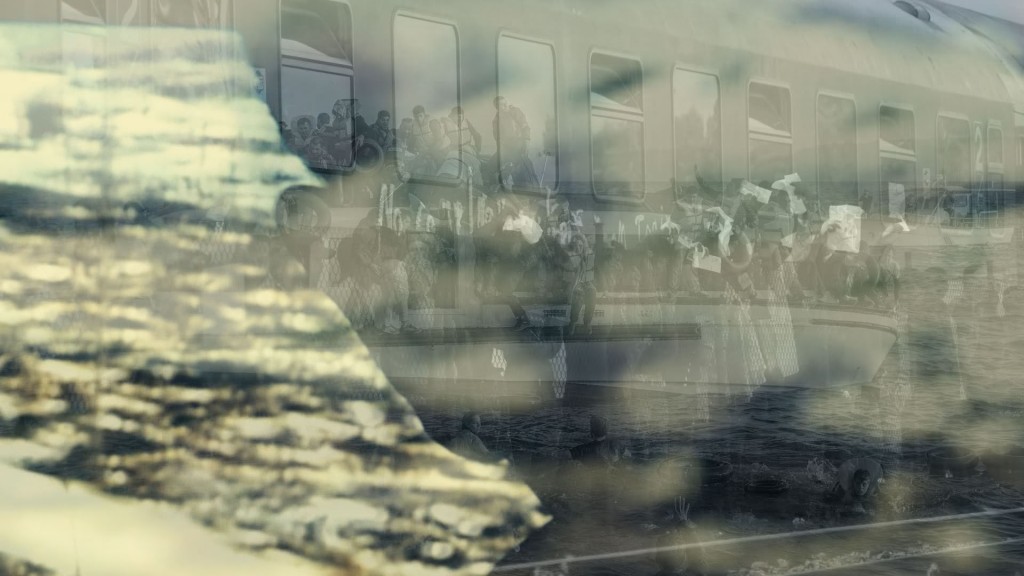 Barbara Duchow has travelled a lot in her life. As a seeker, lover, fugitive, soulsister, artist, teacher and coach. She has always been confronted with the necessity to acquaint herself with the unspoken. This gave birth to a specific artistic language relating self-story to the foreign story and the distant to the intimate. The intrinsic charm of this special language lies in the distinct, weighted and poetic atmosphere created by Duchows voice. Each listening avoids decisiveness as the listener’s own story finds its place joining the shine of a hiker between worlds.

“Pont Neuf” is the debut album with 12 electro, pop and rock melodies and lyrics in English, German and French inspired by the invisible and lasting weight passed on to german grandchildren of the Second World War. Publicated by Pussy Empire Recordings 2017. Recorded and mixed by Lone Kent, France. Master by plätlin mastering/ Fabian Tormin, Germany. Music composition and all instruments: Lone Kent. Production, composing, lyrics and vocals: Barbara Duchow. Art direction and design by Arnaldo González.

2018 the music composer and producer Julian Laping (Berlin) had created the remixes versions (electro, techno and drum and bass) from “Pont Neuf” album.

2019 Lunattack had released new songs and EPs in collaboration with other artists and producers like Graham George (Scotland) with the song “Dream in Black and White” for the Beatcamp Album compilation #003 at the Real World Studios (England). 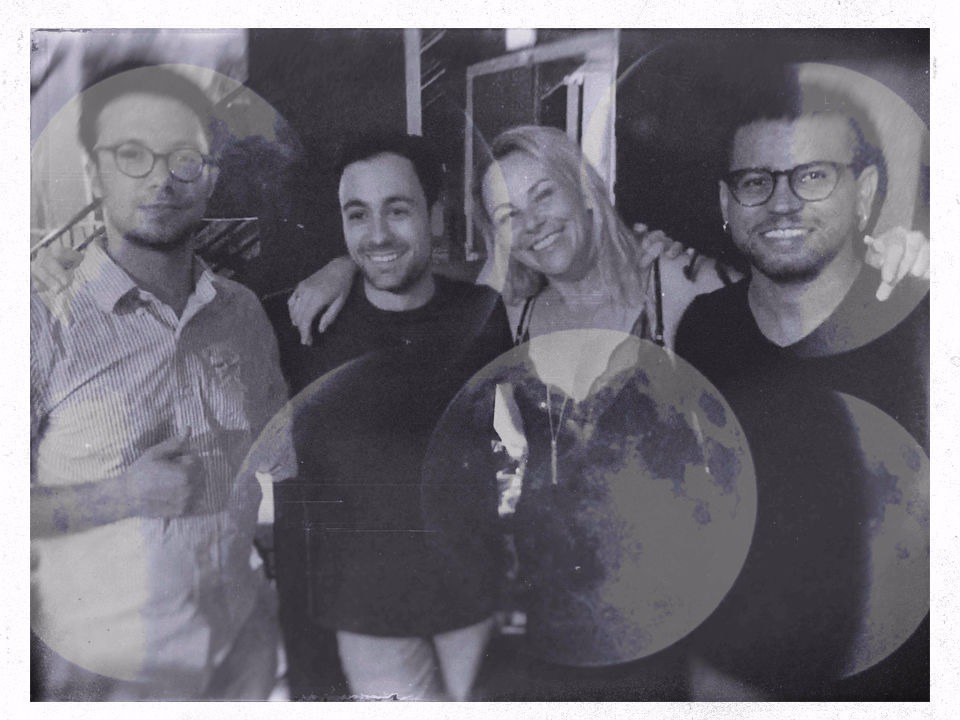 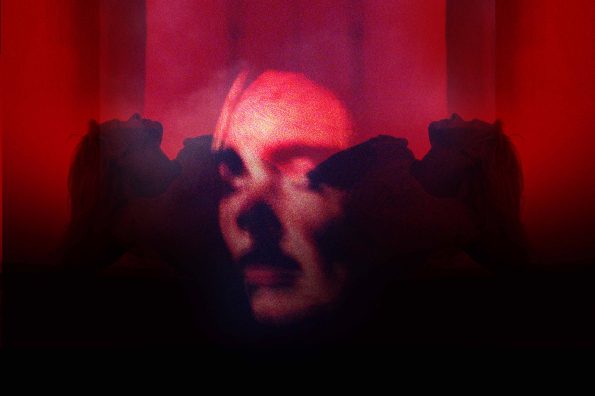